How do I archive a performance which is not mine

How do I archive a performance which is not mine. How do they perform an archive is an archive/installation/sculpture/performance with pictures coming from the documentation of Medea’s Visions, a performance by Alessia Siniscalchi and Kulturscio’k live art collective. The archive is engraved in blocks of printed papers/photographs bound with a plastic ribbon coming from an on-line low cost printer. The ribbon is fragile and can be easily broken. Blocks have different sizes and weights.

In the first display, at la Ménagerie de Verre, Paris, blocks were disposed in its library shelfs and on the floor of corridors and passages between the stage and the foyer.  Included, a screening of Medea’s Visions performers portraits.

In the second display, at Bellini theater, in Naples, a group of dancers and actors perform the archive before and after the Medea’s Visions. They start from a pile installed in the theatre : in the first leg the sculpture/performance held in a public space in the city and then moves towards the foyer until the beginning of the show. In the foyer, a sound installation by Phil St. George underlines actions and movements. Dancers can also say lines from Medea’s Visions and lines written for the archive performance : How do I ? – Storage – Death  – Come faccio? Their bodies are archives.

The main written mouvement is to throw blocks down in order to produce a noise of heavy weight hitting the floor. Some of the blocks are later used as pieces into the narrative of Medea’s Visions, going in it at of the end of archive performance and then coming back to it the when actors and dancers end their show and quit its space. Initial pile is eventually recreated.

The archive is present :

And if so, what is it supposed to depict and archive?
What’s the influence of on image archive on a performing act?

Since the workspace of Alessia Siniscalchi for her performance Medea’s Visions has no borders between movements (body, texts, sounds, structures, materials) and the perimeters that could be intended for their external representation, I can enter a zone of influence in which I can freely dispose and accumulate fragments and archives. I can eve make them disappear. Alessia’s and her performers’ work has been interrupted, deviated, influenced by photography. During two years of rehearsals, bodys, actions, faces, spaces have been peculiarly photographed  and stored until the birth of  double archive : pictures in hard storages and memory of photographic action into the development of Siniscalchi’s performance and into performers attitude. On the stage, they also have to carry the weight, both physical and mental, of images stacks.  Before, after and during the piece, they cal also get out of proper performance space to come into the photographic space. Thus, photography records that interruption intended as an attempt to records performer’s bodies’ mutations during the performance. 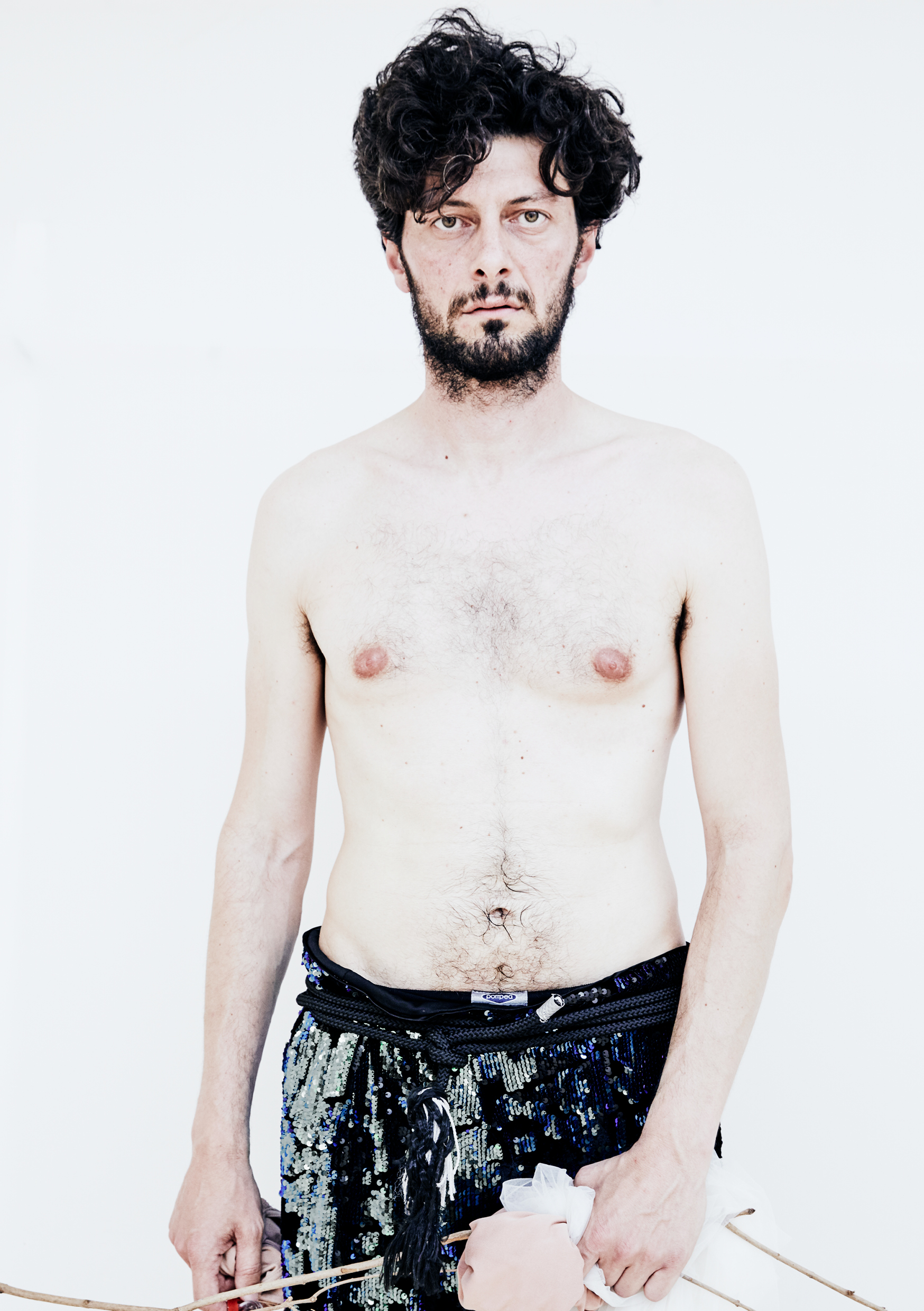 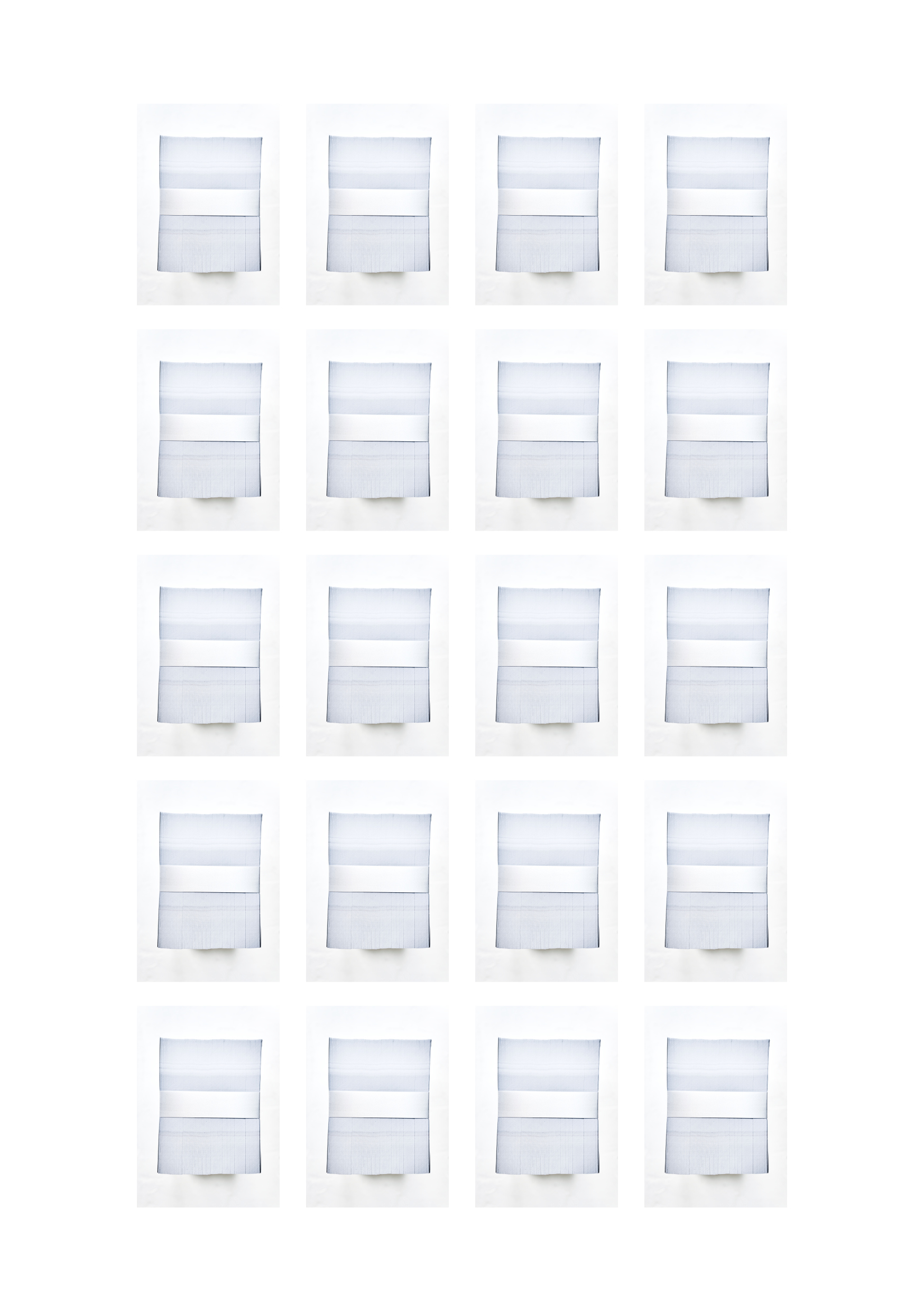 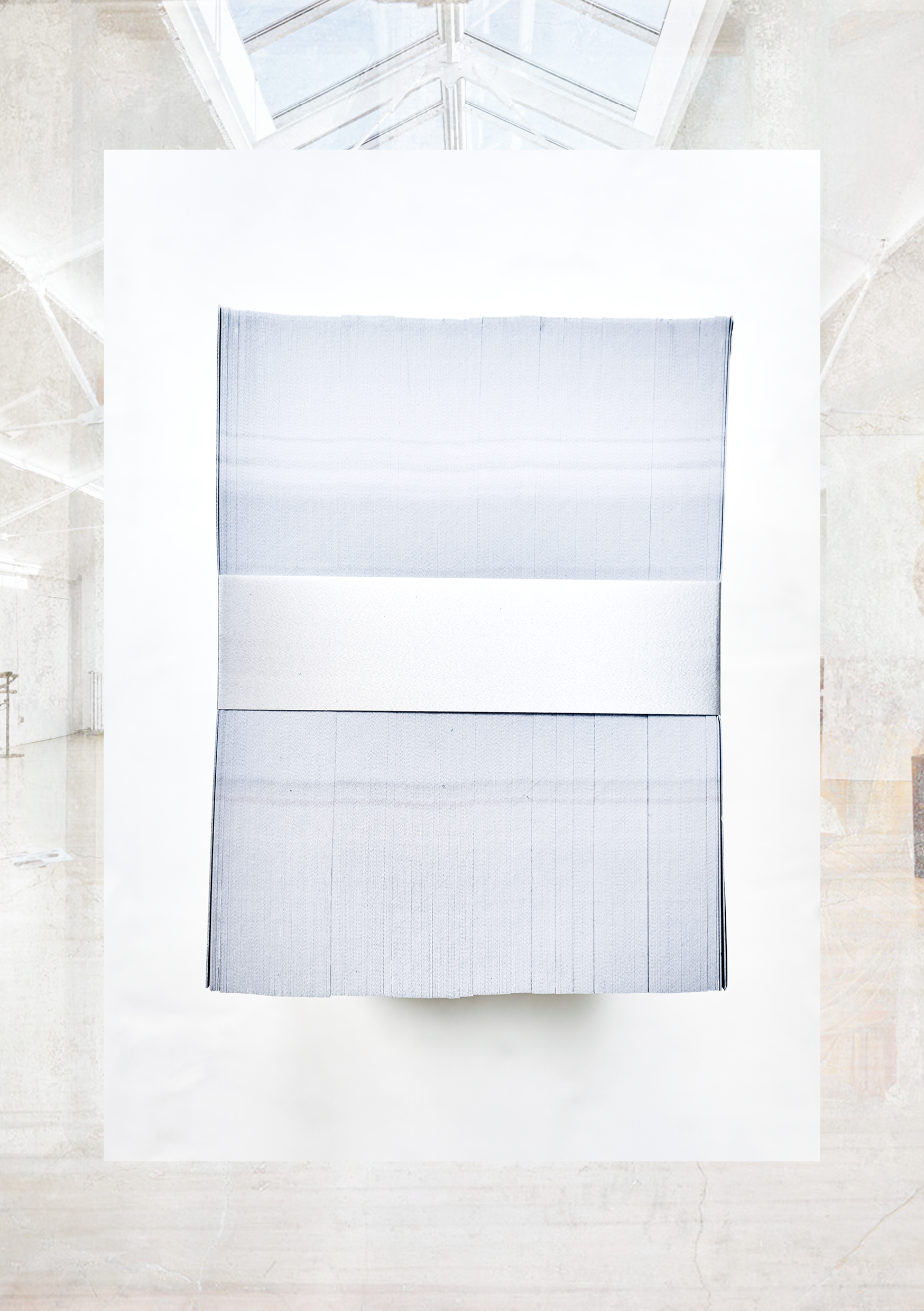 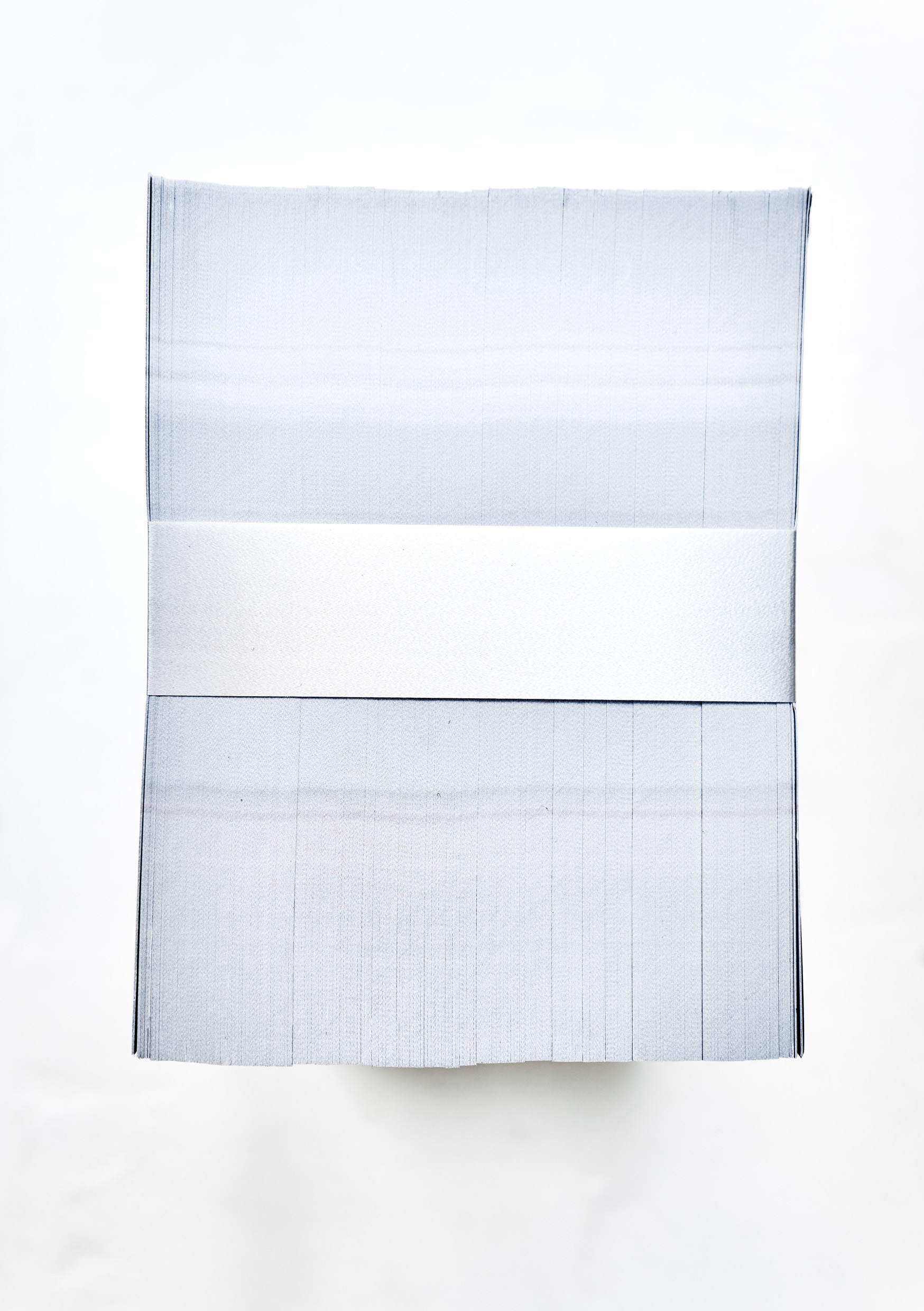 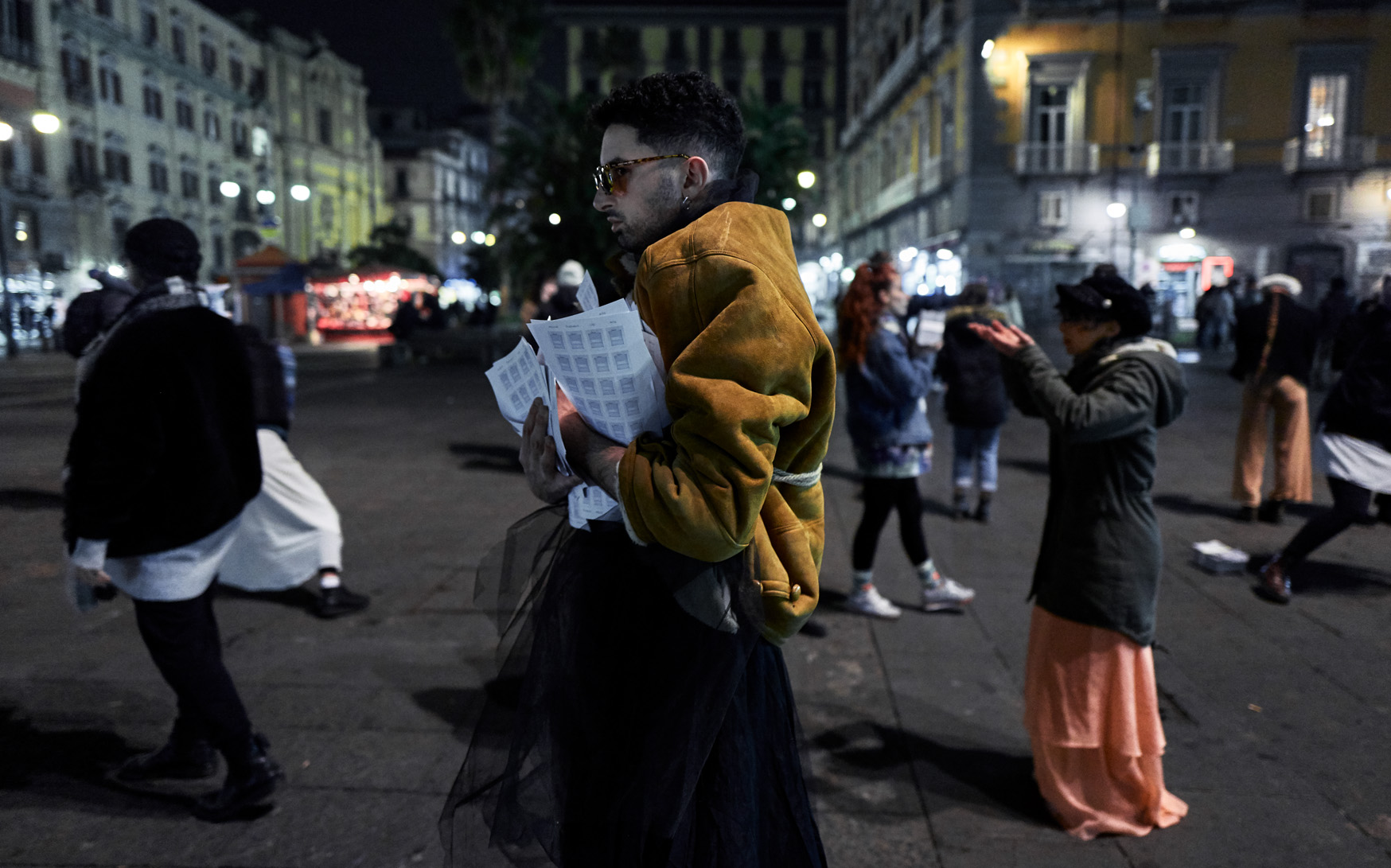